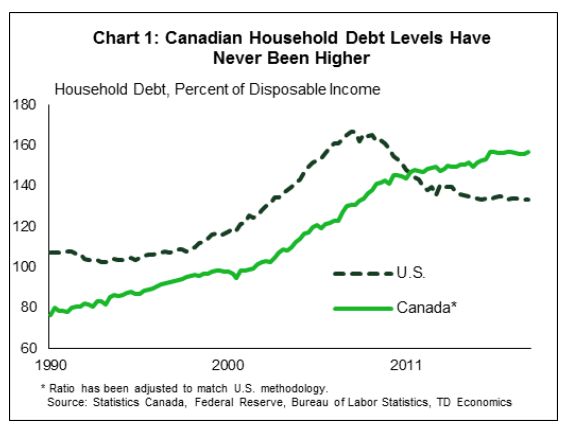 This one may be hard to believe, especially for those of us who remember when our country was one of the world’s most-taxed jurisdictions. But for years, the U.S. has focused on reducing corporate taxes, while successive Canadian governments have made family tax benefits more generous.

The result is that today the typical Canadian family pays less in income tax than a U.S. counterpart.

According to data from the OECD’s Taxing Wages survey, the employee net average tax rate in Canada was 23 per cent in 2018, compared to 23.8 per cent in the U.S. It’s well below the 25.5 per cent average for the 35 countries surveyed.

OECD
This chart from the OECD shows that the net average tax rate for a single worker (blue circles) is lower in Canada than in the U.S. The difference is even more pronounced when looking at one-earner married couples with two children (white diamonds).

But whether or not you pay less tax than your U.S. counterpart depends on your income and family status. Higher earners certainly pay more in Canada, while lower- and middle-income families with children pay less ― way less.

Thanks to the Canada Child Benefit, the average tax rate for a family with one earner and two children is just 1.8 per cent in Canada, when the benefit is included. In the U.S., the same family would pay a much higher tax rate of 11.7 per cent.

It’s easier to get rich in Canada

Again, this one might be hard to believe given the long running myth of America being the “land of opportunity.” Well it’s true, if you want to be a pop star, L.A. is a better bet than Toronto. But for most people looking for material comfort and financial stability, Canada would be the better bet.

A number of studies in recent years have shown that Canada scores better than the U.S. on “social mobility” ― how likely or unlikely people are to switch between different income brackets. In societies with greater social or income mobility, it’s easier for the poor to become rich ― but it’s also easier for the rich to become poor, meaning aristocracies are unlikely to form.

In a 2018 study, the OECD found that Canada has the highest absolute rate of social mobility in the world, with a number of Nordic countries like Norway and Sweden also performing strongly. The U.S. is far down the list, meaning it’s considerably harder to live the rags-to-riches dream there than Canada or many other places.

The experts point to many reasons why some countries perform better in this than others, but one key factor seems to be that socially mobile countries have policies that level the economic playing field, for example access to affordable education through subsidized tuition.

It didn’t used to be like this. For decades, Canadians carried slightly less debt than Americans and the trends in both countries followed the same pattern.

But that all changed around 2008, when the U.S. housing bust led to many Americans reducing their debt load (often through home foreclosures), while Canada’s housing market only accelerated, sending mortgage debt levels up.

The result is that today, Canadians are carrying some 50 per cent more debt than Americans, relative to incomes.

TD ECONOMICS
This chart from TD Economics shows how Americans' debt levels peaked and started to decline during the financial crisis a decade ago, while Canadians' debt has continued to climb.

That’s one reason why the Bank of Canada keeps mentioning household debt as a key risk to the economy. If a credit crunch came along today, it would likely be the reverse of the situation from a decade ago, with Canadian consumers impacted much more than American ones.

It kind of follows that if you are borrowing a lot, you’re probably not saving much, and that is indeed the case with Canadians today.

Canadians are collectively burning through their savings to cover their costs. The savings rate ― the percentage of income people have left over every month, on average ― has plummeted to below two per cent in the past few years. It had ranged between four per cent and six per cent for years before that.

STATISTICS CANADA VIA TRADING ECONOMICS
A chart showing Canada's savings rate — the percentage of income households manage to save after expenses — is in a long-term decline. The same is not true in the U.S.

NBER VIA TRADING ECONOMICS
A chart showing the savings rate in the U.S. declined for a long time before starting to bounce back about 15 years ago, in contrast to Canada, where it is still declining.

By comparison, Americans ― now much more wary of debt than Canadians ― are saving about eight per cent of their incomes.

A lack of savings makes households more vulnerable in case of a shock such as job loss or health care expenses ― in essence, it makes the economy more fragile. And it can be harmful in other ways as well. For instance, without savings, it’s harder for people to open small businesses.

Canadians have made way more money in real estate (lately)

The flip side of all that debt is that Canadians who have bought homes in recent years have made considerably more money on their real estate.

According to a 2018 analysis by real estate portal Point 2 Homes, in the decade after the 2008 U.S. housing bust, the average home price in Canada rose by 56 per cent, while in the U.S. it rose by 24 per cent.

Things are even more dramatic when you compare the largest cities. Canada’s biggest metro areas have outgrown prices in New York and Los Angeles by leaps and bounds since the start of the century.

POINT2 HOMES
An infographic showing the average home price in Canada vs. U.S. and the jump in home prices in the two countries.

But again, there is a flip side here: It is now considerably harder for Canadian home buyers to break into the market than it used to be. The result is that both countries have seen a decline in the home ownership rate, in the U.S. due to the foreclosure crisis a decade ago and weak job growth in the years afterwards; in Canada, due to the fact that fewer people can afford to buy.

Canadians are much more open to financial support for low earners

America’s cultural emphasis on individualism and self-reliance continues to this day, with studies showing Americans are far less supportive of policies to help low-income earners.

One recent example: A survey from Gallup and Northeastern University found that 75 per cent of Canadians, and 77 per cent of Britons, back the idea of a basic income, while among Americans, support was at 43 per cent.

Similar differences have been seen in attitudes towards welfare, and if Americans stand apart from other Westerners in this regard, it may be because of the racial dimension.

A study last year found that when white Americans are given data showing that white privilege is eroding ― that their portion of the population is shrinking, and income gaps between races are closing ― they become less supportive of welfare programs.

But that doesn’t apply to all economic policies. Polls have found that Americans would broadly support more generous parental leave policies, such as those in Canada.

Canadians are in better shape for retirement

An annual survey from Monash University and human resources consultancy Mercer ranked Canada ninth in the world this year for the strength of its retirement pension system. The U.S. ranked 15th, out of 37 countries.

The researchers suggested that the “wealth effect” that comes with feeling secure about retirement may make people more willing to take on risky levels of debt.

“The evidence suggests on a global basis, for every extra dollar a person has in pension assets, their net household debt rises by just under 50 cents,” Mercer senior partner David Knox noted.

... And one way Canadians are surprisingly similar to Americans: Student debt

Despite the U.S. having much higher post-secondary tuition than Canada, students north of the border are accumulating surprisingly similar debt levels as in the U.S. By one estimate from 2015, the average student debt burden upon graduation in Canada was $26,819. That compares to around US$37,000 for American students.

That’s because tuition isn’t the only cost involved in education. There are books, fees, and of course, room and board. In Canada, housing affordability is becoming a serious issue for students. It’s for these kinds of reasons that Swedish students ― despite having free tuition ― still graduate with around US$20,000 in debt, and why British students lead the world with US$55,000 in debt.